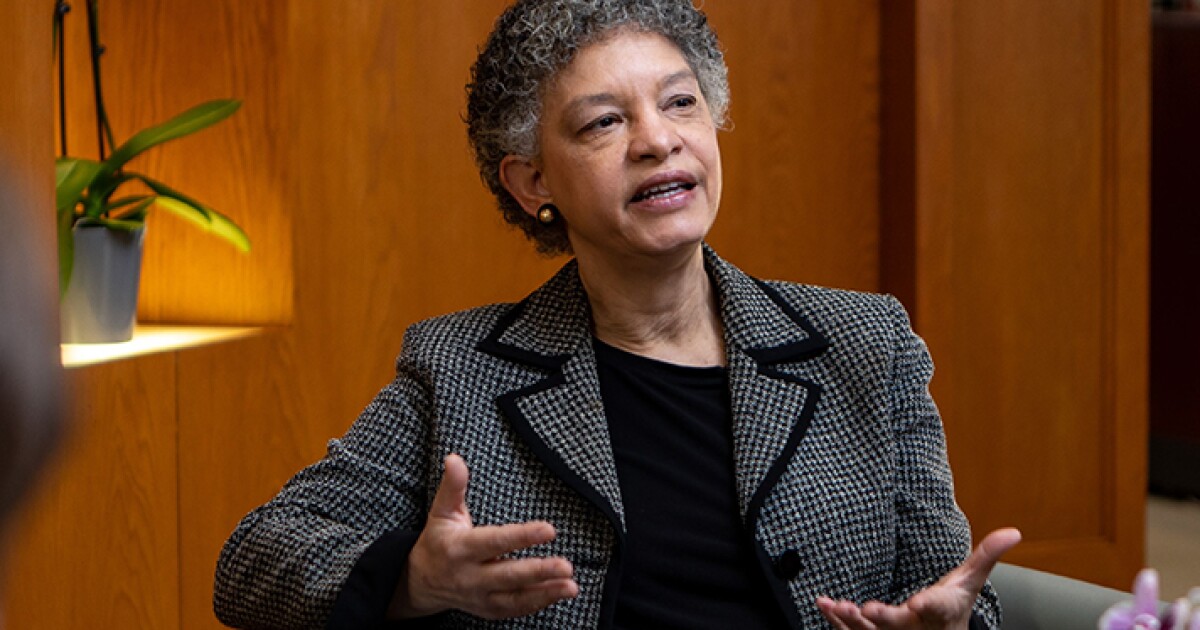 Boston Federal Reserve Bank President Susan Collins said monetary policy is entering a new phase that could require smaller rate increases while officials figure out how high rates need to go to crush inflation, but she did not rule out another 75 basis-point increase.

“With rates now in restrictive territory, I believe it is time to shift focus from how rapidly to raise rates, or the pace, to how high — in other words, to determining what is sufficiently restrictive,” Collins said Friday in remarks prepared for a virtual event organized by the Brookings Institution.

Collins spoke days after the Fed lifted interest rates by 75 basis points for the fourth straight time. The move brought the benchmark rate to a target range of 3.75% to 4%. Fed Chair Jerome Powell told reporters after the two-day policy meeting that officials could soon move to smaller interest rate increases while ultimately taking rates to a higher level than previously expected.

”It is premature to signal how high rates should go,” she said, while noting that the Fed’s September rate forecasts “can be taken as a starting point of my current thinking, with the possibility of a higher path depending on incoming information.”

Officials in September projected rates at 4.4% by the end of this year and 4.6% in 2023, according to their median forecast.

The Boston Fed chief said that with interest rates now at restrictive levels that could slow growth, monetary policy is entering a new phase that could require smaller rate moves as policymakers balance their efforts to tame inflation with the risks that they tighten too much and spark a deep downturn.

But she said another jumbo-sized hike should remain among the options on the table.

“In thinking about how to reach the level of the funds rate at which the Committee will deem appropriate to hold policy, I believe it is important for us to consider the various options for policy moves,” she said. “This will include 75 basis points, as well as smaller increments. I note that a 50 basis-point move was considered a large move in the past.”

While the Fed’s rate moves are hitting the housing market, inflation is still near the highest levels in 40 years. The labor market also remains tight, with the US economy adding 261,000 jobs in October, significantly above the 193,000 jobs expected, according to Labor Department data released earlier on Friday.

Investors now see the Fed taking rates higher but with more incremental moves. Markets are pricing in a 50 basis-point hike in December, but they see rates peaking above 5.1% next year, according to pricing in futures markets. Fed officials will release new projections for rates and the economy when they meet again on Dec. 13-14.

Separately, Federal Reserve Bank of Richmond President Thomas Barkin said a strong labor market and stubborn inflation means the central bank may need to raise rates above 5%, though it may slow its pace of increases.

“The market remains tight and that means there’s still more work to do,” Barkin said in an interview on CNBC Television on Friday, referring to jobs figures out earlier in the morning. “We need to do whatever we need to do with the rates to get inflation back to target, and so I start with inflation.”

Barkin spoke shortly after labor data showed hiring that’s strong but moderating, signaling demand for workers remains robust despite the Fed’s drive to hike interest rates to cool inflation, which is near a 40-year high.

Central bank officials have repeatedly emphasized that in order to meet their inflation goal, they need to bring labor supply and demand more into balance. Fed Chair Jerome Powell, speaking after the central bank raised rates by another 75 basis points on Wednesday, said labor-market conditions haven’t softened in an “obvious” way.