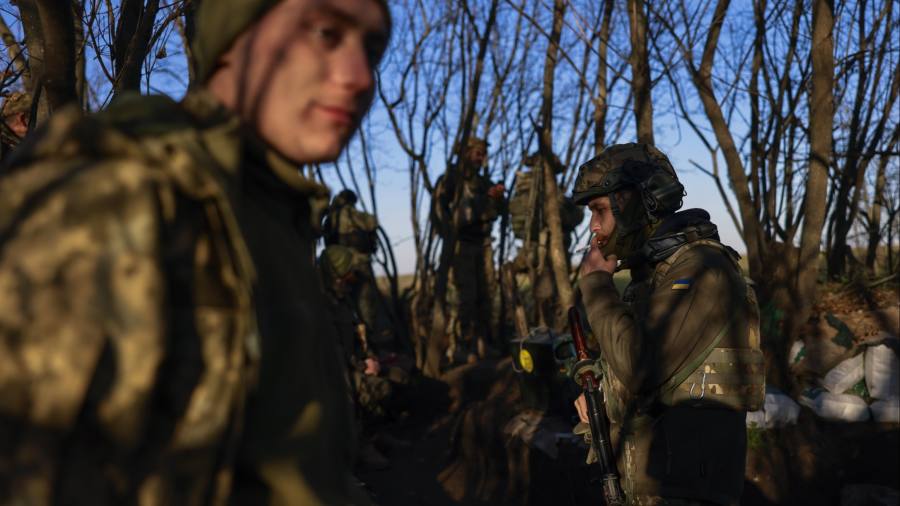 Russia’s defence minister Sergei Shoigu has ordered troops to withdraw from the strategic city of Kherson in southern Ukraine, in another major setback for president Vladimir Putin’s nine-month invasion of the country.

In footage shown on state television on Wednesday, Shoigu accepted a proposal from Sergei Surovikin, commander of Russia’s forces in Ukraine, to retreat from the town to the left bank of the Dnipro river.

Surovikin said the withdrawal would happen “at the earliest possible juncture” and that Russia’s troops would set up defensive positions in the remaining parts of the Kherson region that they control south-east of the city.

The decision to pull back marks a decisive moment in a Ukrainian counteroffensive that started on August 29, with Kyiv’s forces pushing back Russian artillery with superior manpower and supplies of western-supplied advanced weaponry.

It is one of the biggest blows yet to Putin’s attempt to subjugate Ukraine. Kherson was the first and only provincial capital to fall under Russian occupation in the first weeks of Moscow’s full-scale invasion launched on February 24. The largely agricultural Kherson region is important to Russia because it connects the Ukrainian peninsula of Crimea, which Moscow annexed in 2014, to the mainland. It also controls most of Crimea’s water supplies through a canal.

Oleksiy Arestovych, an adviser in Ukrainian president Volodymyr Zelenskyy’s administration, said the Russian army was “being knocked out of Kherson”.

“Dear Kherson residents. We are returning. You are returning. Welcome back home,” he added, warning however that “fighting on the right bank will continue for some time”.

However, Mykhailo Podolyak, another Kyiv adviser, urged caution, telling the Financial Times that “it’s too early to talk about the surrender of Kherson today”.

“The statement of the Russian command can mean both the adoption of a political decision, and it can be a trap — turning out to be blurring our eyes before being drawn into urban battles,” he added.

In the early days of his full-scale invasion in February, Russia’s president failed to seize the capital, Kyiv. In September Ukrainian troops forced the Kremlin to abandon several military strongholds near Kharkiv in the east, a breakthrough that has cost Moscow significant losses of men and material. Putin subsequently declared a mobilisation of reserves to boost the 1,100km frontline and threatened to use nuclear weapons.

But Russia does not have full control of the four Ukrainian regions, including Kherson, which Putin annexed in a pompous ceremony in the Kremlin in September.

Surovikin on Wednesday told Shoigu the decision to retreat was “difficult” but justified it by saying Russia would “preserve the lives of our troops and the combat readiness of our units”.

He claimed Russia was retreating in the face of a supposed threat from Ukraine flooding the area by releasing water from nearby reservoirs or firing on a huge hydroelectric dam at Nova Kakhovka, which remains under Russian control.

Ukraine has accused Russia of plotting to blow up the dam and blame Kyiv for the ensuing damage.

Surovikin claimed retreating from Kherson would also allow Russia to free up forces to conduct offensives in other areas.

Russian occupation officials had urged civilians to leave the area in recent weeks and moved their headquarters out of Kherson city to Skadovsk, a town deeper into Russian-controlled territory. Surovikin said 115,000 people had evacuated to the Russian occupied territory on the left bank of the Dnipro river.

Shortly before the announcement of the retreat, the Russian occupation administration said Kirill Stremousov, a former anti-vaccine activist appointed the region’s deputy governor, had died in a car crash, without giving further details.

Commenting on the withdrawal from a town Moscow had gained early in the war, Ben Wallace, UK defence secretary, cautioned the west and Ukraine should not “underestimate the Russian army”.

“It’s a perfectly logical military decision to pull back behind the Dnipro river,” he said. “But fundamentally Russia has now lost the only objective they achieved. Basically it’s Russia 0 and Ukraine 1 so far.”

With additional reporting by John-Paul Rathbone in London