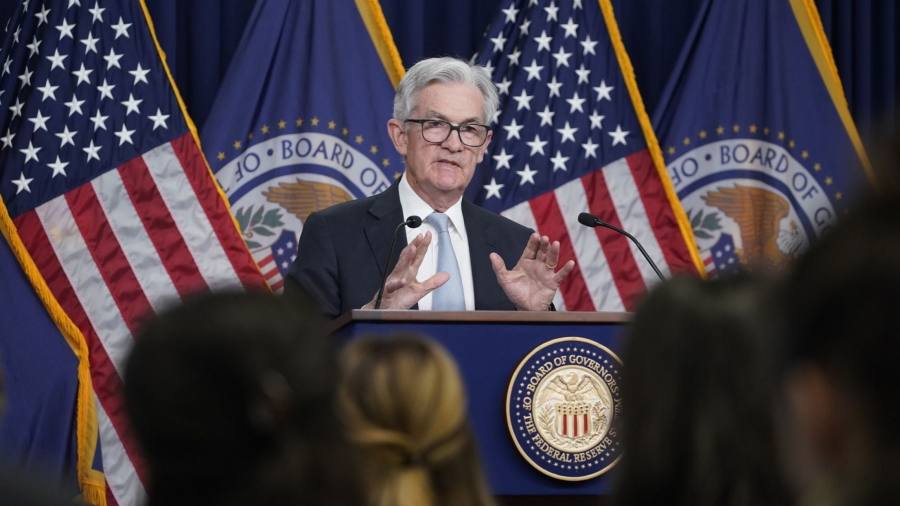 A growing cohort of Federal Reserve officials have thrown their support behind slowing the pace of future interest rate rises, as investors increased bets on such a move following the release of slower-than-expected inflation data on Thursday.

Patrick Harker, president of the Philadelphia Fed, was the latest official to back the US central bank breaking its months-long streak of supersized increases, joining his counterparts at the Boston, Chicago and Richmond branches.

“In the upcoming months, in light of the cumulative tightening we have achieved, I expect we will slow the pace of our rate hikes as we approach a sufficiently restrictive stance,” Harker said on Thursday. “But I want to be clear: a rate hike of 50 basis points would still be significant.”

Lorie Logan, president of the Dallas Fed, also endorsed a shift down from 0.75 percentage point rises, which the Fed has implemented at every meeting since June, but emphasised the central bank’s commitment to stamping out inflation.

“While I believe it may soon be appropriate to slow the pace of rate increases so we can better assess how financial and economic conditions are evolving, I also believe a slower pace should not be taken to represent easier policy,” she said at a Fed event on Thursday.

According to CME Group, traders place the odds that the Fed will opt for a smaller move next month at 85 per cent, up from roughly 50 per cent on Wednesday.

The shift in expectations — which was accompanied by a sharp rally in the S&P 500 — was propelled by fresh evidence that inflationary pressures are beginning to level off in some sectors. October’s consumer price index showed prices rising by 0.4 per cent for the month, in line with September’s increase, which translates to the smallest annual rise since January.

“Core” inflation, which strips out volatile items such as food and energy, slowed even more substantially, rising just 0.3 per cent compared to the 0.6 per cent increase recorded in the previous period.

While economists cautioned against reading too much into a single inflation report, they acknowledged that the figures come as welcome news for the Fed, which has begun to build the case for slowing its rate rises.

“It’s definitely time to slow the pace of rate hikes,” said Alan Detmeister, an economist at UBS and a former Fed staffer. “If we see slowing inflation at this point, with those lags in monetary policy, you’re likely to see inflation slow down even more.”

At the Fed’s November policy meeting last week, chair Jay Powell signalled his support for smaller rate rises, which he said could come as early as December, given the time it takes for changes to monetary policy to have an effect on economic activity and how significantly rates have risen this year.

As a result, the end point of the tightening cycle would be higher than originally anticipated, Powell said, and the Fed would keep rates at a level that constrains the economy for longer.

Mary Daly, president of the San Francisco Fed, said October’s slowdown in consumer price growth was “good news” but “one month does not victory make”, suggesting further tightening to come.

Also on Thursday, Loretta Mester, president of the Cleveland Fed, welcomed the initial easing of inflationary pressures but cautioned that there may still be “upside risks” to the forecast.

“Despite the moves we have made so far, given that inflation has consistently proven to be more persistent than expected and there are significant costs of continued high inflation, I currently view the larger risks as coming from tightening too little,” she said at an event hosted by Princeton University.

On Thursday, investors revised their expectations marginally lower for the so-called terminal rate and now expect the federal funds rate to peak at 4.8 per cent, having previously predicted that it would surpass 5 per cent.

Yields on US government bonds also plummeted, with the policy-sensitive two-year note trading at 4.3 per cent, down from 4.6 per cent the previous day.

Aneta Markowska, chief financial economist at Jefferies, called the latest inflation data “the best piece of news in a while”. However, she reiterated her belief that the benchmark policy rate would eventually reach 5.1 per cent, arguing that the Fed needs to see a “long string” of weaker monthly core readings “before they are comfortable pausing”.

One concern is that wage increases stemming from the tight labour market may continue to push up consumer price growth in the services sector, suggesting price pressures will be difficult to fully eliminate.

“There’s still a significant chance that we may see some very strong inflation on the services side in the coming months,” said Detmeister at UBS.