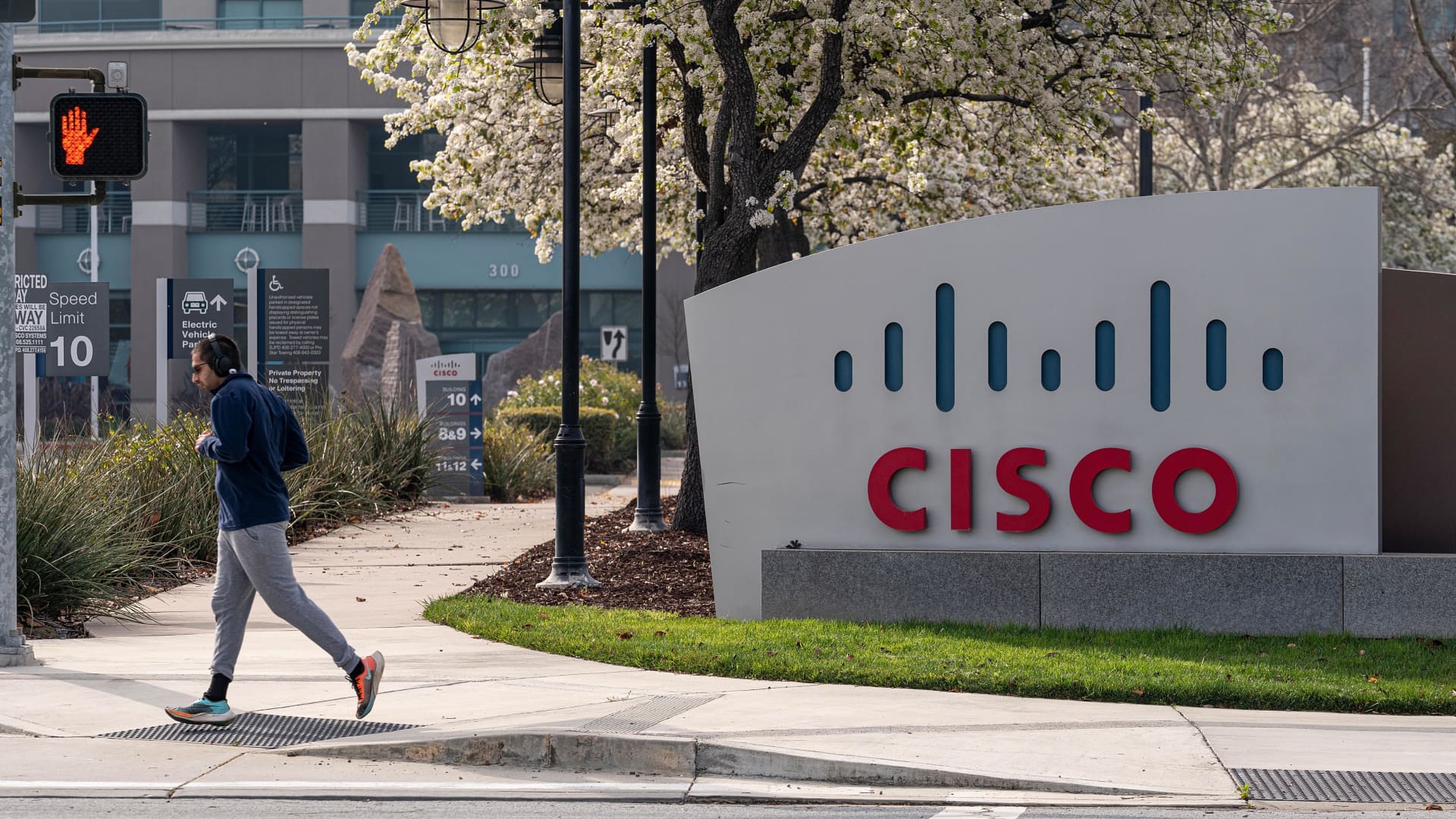 Check out the companies making headlines in after-hour trading.

Cisco – Shares jumped 4.8% after the maker of computer networking equipment beat expectations for its first-quarter earnings per share and revenue, according to StreetAccount. Cisco also issued second-quarter and full-year outlooks that showed those same indicators either matching or topping expectations. But Cisco said the non-GAAP gross and operating margins would likely come in below expectations for the second quarter.

Bath & Body Works – The company that remained after L Brands spun off Victoria’s Secret jumped 16.3% after third-quarter results doubled StreetAccount’s per-share earnings estimate, and it also beat on revenue. It issued fourth-quarter per-share earnings expectations that were about in-line with analysts polled by FactSet, while raising full-year guidance.

Sonos – The maker of multiroom audio systems added 2.3% after it beat expectations for per-share earnings and revenue in its fourth-quarter earnings. Sonos said it grew its total number of households by 11% in the fiscal year.