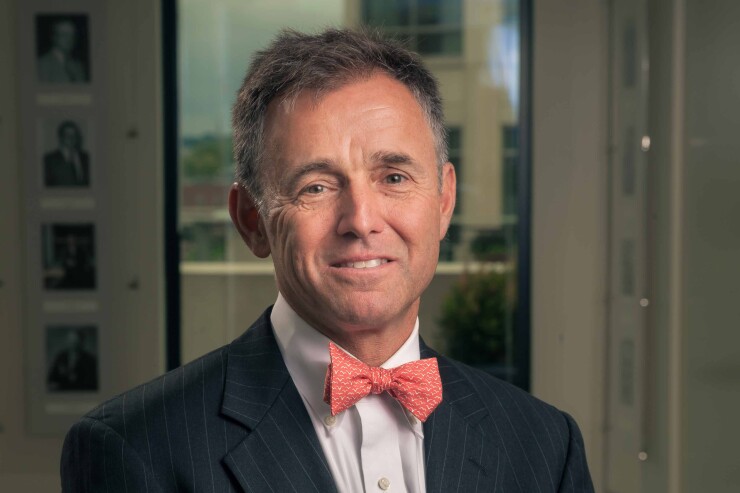 PFM this week hired Nathaniel Singer, whose career spans nearly four decades in the municipal derivatives and advisory space, as a senior director and financial advisor.

Singer, who started Wednesday, reports to Dan Hartman, chief executive officer of PFM. Singer will collaborate with professionals and practice groups across the firm and focus on all financial advisory and swap sectors.

“Nat’s hire is a major strategic addition for PFM,” Hartman said. “Given Nat’s extensive expertise and relationships, combined with the strength of the PFM platform, this move allows us to expand our industry-leading municipal advisory services to our public sector clients. We are excited by the opportunities that this creates.”

“At PFM, I know I’ll be able to deliver the same level of client attention as I have through the years,” he said. ”This is a testament to the PFM platform, the quality of its services and the caliber of its professionals.”

Singer was most recently a senior managing director at Swap Financial Group until July of this year. He began at Swap Financial in January 2008 after spending 21 years at Bear Stearns where he was head of its Municipal Derivative Products Group and chief operating officer of the Municipal Bond Department from 1998 to 2007.

Singer also managed Bear Stearns’ tender option bond program. Prior to joining the derivates group, Singer managed the firm’s proprietary tax-exempt bond position from 1987 to 1998 and served as national sales manager for the Municipal Bond Department from 1995 to 1998.

Singer said the market in 2022 has been challenging for the industry.

“Not since the mid-to late-80s have I seen a market this volatile,” Singer said. “I think in this time of volatility it’s going to be more and more challenging on both the issuer side and the underwriter side of placing debt at aggressive levels.”

Singer said his background in both bonds and swaps, and his relationships with the underwriting community, will complement his new role.

“I’ve always had a tremendous amount of respect for the knowledge that lies on the dealer side,” Singer said. “What I’ve tried to do for my clients is work to try to extract that skill and that knowledge for the benefit of my clients to get the best possible execution.”

That doesn’t mean he always agrees with the dealers.

“That’s also my job. My job is to say ‘no,’ and to challenge them, and to bring up alternatives for their consideration,” Singer said. “And sometimes they say no to me. But after all these years in the business, we can have these types of constructive conversations, and ultimately the beneficiaries are my issuer clients.”

How derivatives fit into the muni industry has also evolved.

“What I’ve seen in 2020, 2021 and 2022 is a definite uptick in the use of interest rate derivatives by the issuer community,” Singer said, “but the structures are different versus the heyday of derivatives in the 1990s and early 2000s.

“We’re now seeing structures that have more cancellation options in favor of the issuer to limit risk,” Singer said. “We’re also seeing the use of derivatives shift to the domain of larger issuers with stronger balance sheets that could withstand periods when the variable rate bonds associated with the derivatives come under pressure.”

From a regulatory standpoint, Singer, a former chair of the Municipal Securities Rulemaking Board, noted that since the implementation of Dodd-Frank, there have been certain challenges imposed on the municipal market.

“The rules that were written post-Dodd-Frank continue to evolve,” he said. ”I think the MSRB does an outstanding job and there are huge benefits to having a [self-regulatory organization] structure whereby board members craft rules that work for our market.”

Singer said the role of the municipal advisor is going to become more important as the market continues to evolve.

“The fact that I’ve got almost 40 years of experience in the market, I’ve seen a lot, and that’s going to translate well to my issuer clients when they ask for my thoughts on the market,” Singer said. “Having the strength of PFM behind me will make my job easier and ultimately benefit my issuer clients.”

DiNapoli: NYS pension fund at $233.2B despite -3.85% return
How bad is the current state of crypto? On-chain analyst explains
Will Bitcoin hit $110K in 2023? 3 reasons to be bullish on BTC now
As Italy’s Population Declines, More Towns Offer You Money To Live There
Why is Bitcoin price down today?