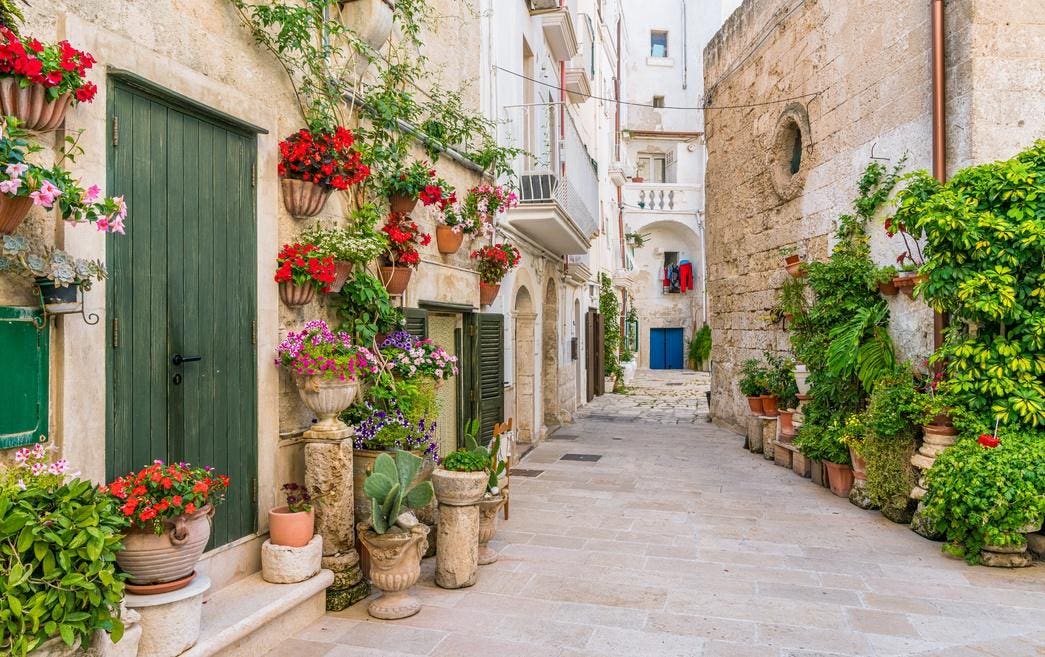 In fresh efforts to compensate for the worrisome trend of consistent population decline, towns and villages around Italy are offering alternatives to attract new residents, including different versions of the ‘€1-house’ model that has attracted so much international attention.

The most recent comes from a sunny southern Italian town at the tip of Italy’s Puglia region offering to pay $30,000 to those willing to relocate there.

The municipality of Presicce-Acquarica — comprising the towns of Presicce and Acquarica del Capo — has seen the population dwindling inexorably. The town council hopes to draw new homeowners with a generous cash incentive to those willing to buy a house and register as residents.

The conditions of the offer

The details of the scheme, according to Euronews, are still being finalized and applications will soon be available on the town hall website.

“To be eligible to apply, individuals or families must move their official residency to the southern Italian town and are required to invest in a house built before 1991, which is around 30% of the town’s properties.”

The grant can be used to subsidize the cost of the purchase or to cover the cost of renovations.

The streets of the historic center of Presicce-Acquarica are described as among the prettiest in Italy, lined with ornate Baroque palazzi and a main square graced by a lavishly decorated church.

The town, just 15 minutes from beaches, is surrounded by greenery, has its own post office, bank and supermarkets and the available houses, according to the Daily Mail, are located in the ancient former olive-growing area and offered from around $25,000.

“Picturesque Italian town near pristine beaches will pay $28,000 to anyone willing to move there in a bid to breathe new life into dwindling Puglia community,” according to the paper’s headline.

“Known during the Renaissance period for its vast olive groves and premium olive oil, Presicce is filled with evidence of its history as the ‘city of green gold,’ as it used to be called.”

The case of Presicce-Acquarica is the latest example of Italian officials splashing cash to rejuvenate flagging villages and rural areas across the country.

As CNN recently wrote: “Towns across Italy have been racing to launch clever schemes aimed at luring new residents to revive their fortunes in recent years.

From dilapidated homes selling for little more than a dollar, to ready-to-occupy houses at knockdown prices, there’s been a frenzy of competition.”

That frenzy is clear simply by typing “Italy, houses for 1 Euro” in Google.

Several months ago, the Italian isle of Sardinia — the second largest island in the Mediterranean — with its sandy beaches, blue skies and emerald sea, started to offer up to €15,000 to those ready and willing to relocate there.

To combat the exodus of people from rural areas and to compensate for the aging population, the government set aside €45 million for the relocation offering that would cover 3,000 grants.

To be eligible for the grant, candidates must move to a Sardinian municipality with a population of fewer than 3,000 and, as in Presicce-Acquarica, the money must be used to buy or renovate a home, recipients must live on the new property full time, and must register for permanent residency in Sardinia within 18 months of arrival.

With more than 500 people aged over 100, Sardinia has one of the highest concentrations of centenarians in the world — roughly 33 for every 100,000 inhabitants.

The latest statistics from Italy’s National Statistics Institute (ISTAT) project a continuous decline in the overall population by nearly 20% by 2070, with no sign of a rebound in the foreseeable future.

ISTAT predicts that by 2049, there will be 788,000 deaths compared to 390,000 births per year which means that twice as many residents will be dying than being born.

The houses for €1, the offers of cash and other tempting incentives to lure new residents to emptying towns and rural areas across the country are among efforts to repopulate them and change the low population trends that are affecting the country’s long-term economic growth, pension policies and geopolitical influence, among other factors.