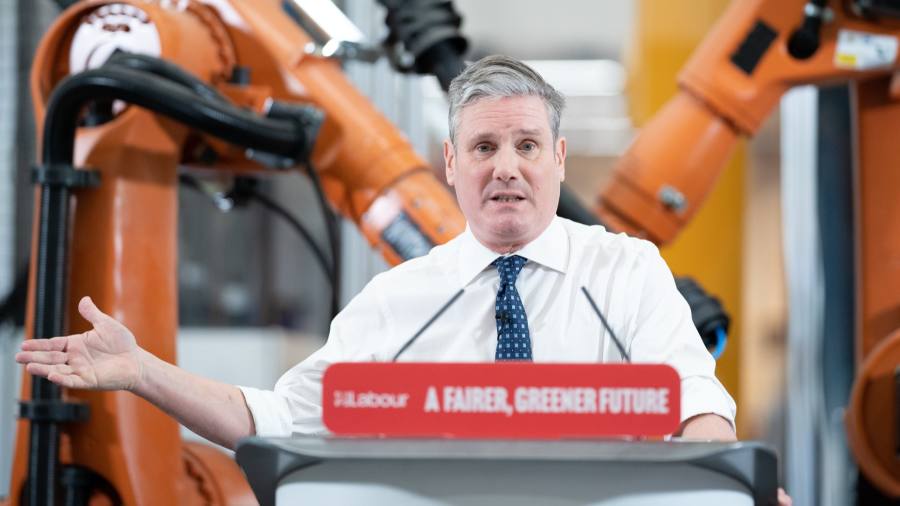 The Labour leader refused to say on Thursday whether he would keep a commitment by his hard-left predecessor Jeremy Corbyn from the 2019 general election to abolish tuition fees, at a cost of £9.5bn a year.

Starmer’s stance highlighted how he is seeking to draw a line under the Corbyn era through centre-left policies and a commitment to sound public finances.

Labour is about 20 percentage points ahead of the Conservatives in opinion polls, with a general election due within the next two years.

Starmer had promised to stick by the Labour pledge to abolish tuition fees during the 2020 party leadership contest, saying at the time he would “stand by the commitment to end the national scandal of spiralling student debt”.

But on Thursday he refused to say whether he would keep that promise at the next election given Labour’s commitment to “cost everything” that goes into the party’s next election manifesto.

“University tuition fees are not working well, they burden young people going forward,” said Starmer. “Obviously we have got a number of propositions in relation to those fees that we will put forward as we go into the election.

“But I have to be honest about it, the damage that has been done to our economy means that . . . we will cost everything as we go into that election and we will do that with discipline.”

Starmer’s comments came after a new year speech in which he emphasised that a Labour government would not use a “big government cheque book” to solve Britain’s problems, including stretched public services.

Meanwhile, he promised to prioritise legislation known as a “take back control bill” in the first year of a Labour government, to devolve power away from Westminster to elected mayors and local councils in England.

Starmer noted that “take back control” had been the successful slogan from the pro-Brexit campaign group Vote Leave in the 2016 EU referendum.

Most of Labour’s devolution policies were recommended in a constitutional review conducted by former prime minister Gordon Brown and published in December.

The legislation would be part of a broader attempt to reset British politics and the UK economy to create a “decade of national renewal”, said Starmer.

He promised tougher targets on green energy, with all electricity derived by low-carbon sources by 2030, and an increase in the numbers of doctors and nurses in the NHS.

Shadow chancellor Rachel Reeves said the NHS recruitment drive would be funded by scrapping the tax perks enjoyed by people with non-domicile status to raise £3.2bn a year.

Jo Grady, general secretary of the University and College Union, which represents higher education staff, said it expected Starmer to deliver on his Labour leadership election promise to abolish tuition fees if he became prime minister.

“If the Labour party is to deliver its ‘decade of renewal’ it must prioritise freeing universities from this toxic system of fees and debt and commit to building a higher education sector which is publicly funded, accessible to all and debt free,” she said.

Ben Houchen, Tory mayor for Tees Valley, responded to Starmer’s devolution plans by highlighting how as Brexit spokesperson in Corbyn’s shadow cabinet he had advocated a second EU referendum. Starmer has since ruled out trying to reverse Brexit.

“Keir Starmer was fighting for a second referendum against the will of the British people, where he wanted to give more powers and control to Brussels, taking even more power and control away from local people,” said Houchen. “Actions speak louder than words so forgive me for my lack of enthusiasm.”