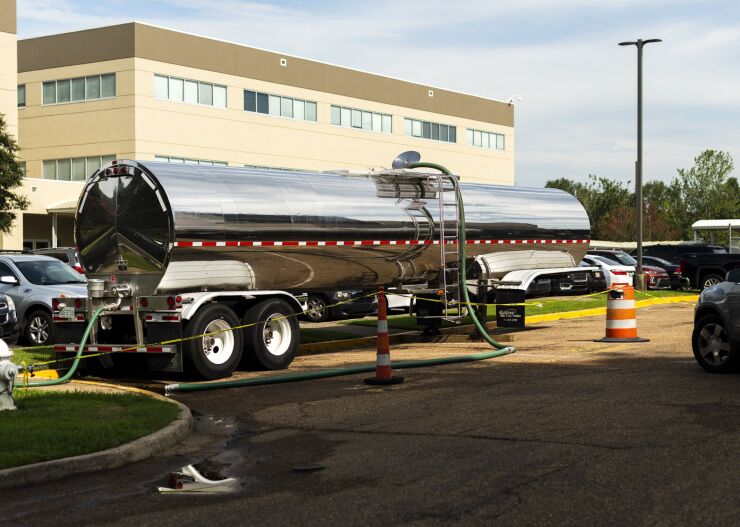 For the second time within months, residents of Jackson, Mississippi, had no running water after a Christmas Eve deep-freeze wreaked havoc on the city’s flailing water system.

On Christmas morning, Jackson’s 160,000 residents woke up to a city-wide boil water alert and widespread outages after the recent “bomb cyclone” that plunged 60% of the U.S. into below-freezing temperatures caused pipes and valves to burst across Mississippi’s capital.

Jackson’s long-neglected water infrastructure was particularly poorly suited for the unusual cold snap, and though utility teams have worked around the clock to fix failed equipment, the damage is widespread and service remains out across much of the city , according to local officials.

It was the second such major failure of the city’s water system in 2022.

In August, flooding overwhelmed pumps at the local treatment plant and left taps dry, forcing a state intervention to address “the total or near total loss of water pressure,” according to Gov. Tate Reeves’ office.

Reeves declared a state of emergency in the city and put in place a city-wide boil water alert while the problematic pumps were repaired. That state of emergency ended on Nov. 22 after the water was deemed to be safe by the EPA standards.

On Dec. 27, Jackson Mayor Chokwe Antar Lumumba described a “worst-case scenario” as the “old and crumbling system” continued to fail on a large scale after the most recent storm.

Repair crews working to patch and replace pipes and valves also had to contend with an unexpected problem.

“We don’t know anything about our distribution system,” Ted Henfin, interim manager for the city’s water system, told residents on Monday at a town hall organized by Councilmember Aaron B. Banks, whose district still faces widespread outages.

“We don’t know where the valves are, we don’t know what position they’re in, we don’t have records of that and we haven’t been able to find any of that information,” Henfin said.

Without these documents, repair crews were struggling to locate potential bursts, he said.

Henfin, who was appointed by the U.S. Department of Justice in November after a federal court granted the department the authority to manage Jackson’s water system, blamed the neglect of past administrations for the current state of affairs.

“I didn’t create the problems, and I wasn’t here when it started, but I’m going to be here when it finishes,” he said.

Both the city and state are subjects of wider investigation over water infrastructure.

The EPA is currently looking for compliance “with regulations, policies, and procedures for oversight of the city’s water system” during August’s outages, while also performing an audit “examining how funding and spending decisions at the state and local levels impacted the water crisis” in Jackson.

“Based on what we learned through an initial inquiry on the ground there, my office now will pursue formal, comprehensive reviews to understand fully how the EPA conducted oversight of the water system and how Drinking Water State Revolving funds were awarded and expended,” Inspector General Sean O’Donnell said in a press release.

Jackson has about $240 million of water and sewage treatment revenue bonds, according to Moody’s Investors Service, which affirmed its speculative-grade rating of Ba2 on the revenue bonds in October.