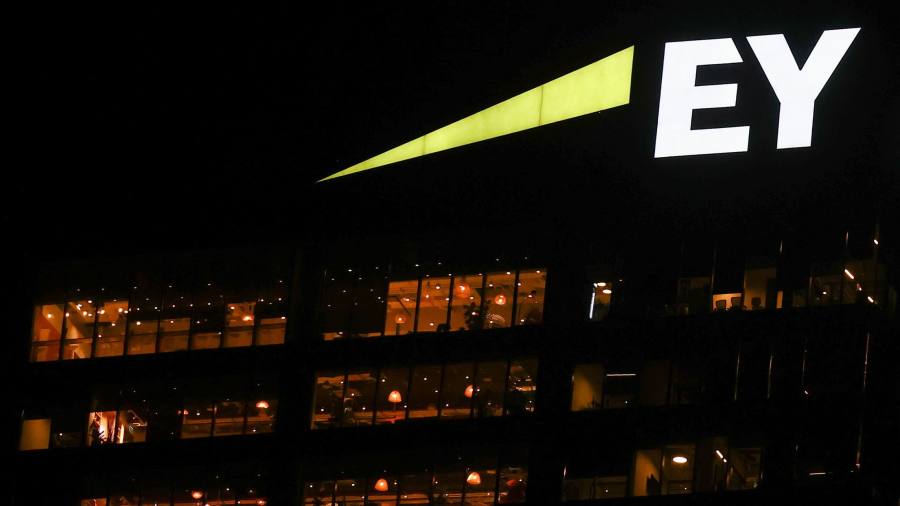 EY is setting aside $2.5bn to fund an acquisition spree for its consulting arm following its planned separation from the Big Four firm’s audit business, as it presses ahead with preparations for the historic split.

The war chest will allow the new company, which EY is aiming to float in New York, to double the pace of dealmaking as it battles to win market share from its Big Four rivals and standalone consulting firms, according to people familiar with the plan.

Bosses have also earmarked a budget of up to $400mn to be ploughed into building a new brand for the consulting business, which will no longer use the EY name after the split.

EY’s global leaders are trying to persuade its 13,000 partners worldwide that the consulting arm and the remaining audit business can both grow faster apart, freed from conflict of interest rules that restrict accounting firms advising companies they audit.

Splitting from the audit business would make acquisitions more attractive for the spun-out consulting arm because it would no longer have to terminate relationships with clients of the acquired company that are audited by EY, said Andy Baldwin, EY’s global managing partner for client service.

“Every potential acquisition, on average 25 per cent of the revenue we have to say goodbye to on day two because we audit it,” he said. “We won’t have that conflict any more.”

The Big Four’s federated partnership structures and inability to raise equity funding has limited their ability to make large acquisitions in the past but they have become a larger part of the strategy for expanding their consulting arms recently.

EY has done 200 deals in the past nine years, bringing in about $1.5bn of annual revenue. The firm had revenue of $45bn globally in the last fiscal year. In the current year it expects to buy companies with about $400mn in annual revenue, roughly three-quarters of which will be in the consulting business.

Financial plans for the consulting business after it is floated — potentially later this year, if partners vote in favour of the plan and market conditions improve — include a $2.5bn cash war chest, with a target of acquiring an extra $1.5bn in annual revenue over the next two years, said people familiar with the preparations. It could also issue shares to fund acquisitions, although it does not plan to start doing so until two years after the split.

Targets would include firms that offer advice on corporate strategy, technology or environmental, social and governance (ESG) issues, as well as niche law firms outside the US.

“When we spoke with law firms that wanted to join us, conversations stopped when they learned about our independence rules, which would have meant a cut of 20 per cent of their business,” said Cornelius Grossmann, EY’s global law leader. “Now we can have these discussions.”

Other investment plans after the spin-off include a surge in senior hiring and a boost to technology investments for the tax advisory business.

EY has pushed back partner votes on the split, which were due to start in its largest markets before the end of last year, until around the end of the first quarter while it hammers out more financial details.

An operational split of the business could begin before the last votes have been held, however, according to insiders, and all but 40 of the 13,000 partners have now been allocated to either the new consulting firm or the ongoing EY business. About 7,000 will be part of the public consulting company, with 6,000 staying with the audit-dominated partnership, roughly in line with the revenue split between the two arms.