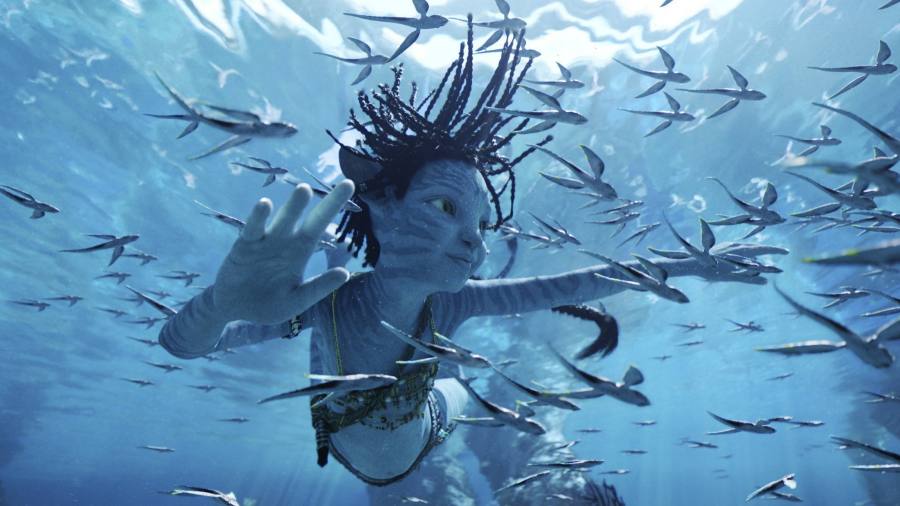 Avatar: The Way of Water has grossed more than $1.7bn at the global box office, giving a boost to Disney as some Wall Street analysts are warning that its famed blockbuster engine has started to run out of steam.

The movie’s haul at the weekend makes The Way of Water the seventh-highest grossing film of all time, ahead of Jurassic World. The original Avatar, released in 2009, remains the top moneymaker in cinema history with $2.9bn in total grosses.

Paul Dergarabedian, senior analyst at Comscore, said the film appeared to have further to run and could gross $2bn. “That Avatar still tops the box office in its fourth week is really impressive,” he said. “This thing is not slowing down at all.”

The weekend performance means the expensive sci-fi film is closing in on profitability for Disney, analysts say, meaning director James Cameron is likely to get the green light for his plans to release three more instalments of the series.

The Avatar franchise came to Disney through the 2019 acquisition of 20th Century Fox from Rupert Murdoch for $71bn — a deal whose value to Disney has been questioned recently by some analysts. It was the capstone transaction for Disney’s chief executive Bob Iger, who returned to the company in late November following the ouster of his successor, Bob Chapek.

Now, as Iger plots a new strategy for Disney, some on Wall Street say a top priority needs to be to reinvigorate its film studios, particularly Pixar, Disney Animation and Lucasfilm.

Rich Greenfield, an analyst at LightShed Partners, said the drive to create new content for the Disney Plus streaming service had put a severe strain on its studios. Consistent hitmakers such as Lucasfilms’ Star Wars and Marvel — home of box office heroes such as Spider Man and The Avengers — “feel increasingly tired from overuse”, he said.

“Disney has never been about volume — it was always about quality at the highest level — yet the streaming business requires massive amounts of content to drive [subscriptions] and minimise churn,” he said last week. “By ramping content so fast . . . it’s diluted the power of the content with consumers. It feels less special.”

Disney’s animation business was in the doldrums when Iger first became chief executive in 2005. He moved quickly to acquire Pixar from Apple, a deal that was credited with reinvigorating the company’s animated work. Later, Iger oversaw the successful acquisitions of Marvel and Lucasfilm. But there are scant obvious acquisition targets that could transform the business today.

Greenfield adds that “much of the content that has underwhelmed in the past couple of years was greenlit at the tail-end of Iger’s first run as CEO”.

Despite such concerns, Disney still had four of the top 10 biggest films of 2022, including The Way of Water and three Marvel movies: Doctor Strange in the Multiverse of Madness, Black Panther: Wakanda Forever, and Thor: Love and Thunder. Disney films made up three of the top 10 films in the US last week, according to Comscore.

Disney is also touting its film line-up for this year, the company’s 100th anniversary. Among them is Marvel’s Ant Man and the Wasp, a remake of The Little Mermaid, a fifth instalment of the Indiana Jones franchise and Wish.

A tentative long-term schedule also has Avatar sequels pencilled in for 2024, 2026 and 2028. The third Avatar film has already been shot and work is under way on the fourth picture.

With a reported budget of $350mn, the bar facing The Way of Water to achieve profitability is high due to marketing and other costs — not to mention the hefty share of the box office take that goes to cinemas.

“The most important thing for [Disney] is that the movie does very well outside the US,” said Chad Beynon, an analyst at Macquarie. “In the US it will make a little over $500mn, but outside it might make $1.5bn.”

Cameron told interviewer Chris Wallace last week that “it looks like with the momentum the film has now we will easily pass our break-even in the next few days.”

He added: “It looks like I can’t wiggle out of this — I’m going to have to do these other sequels.”