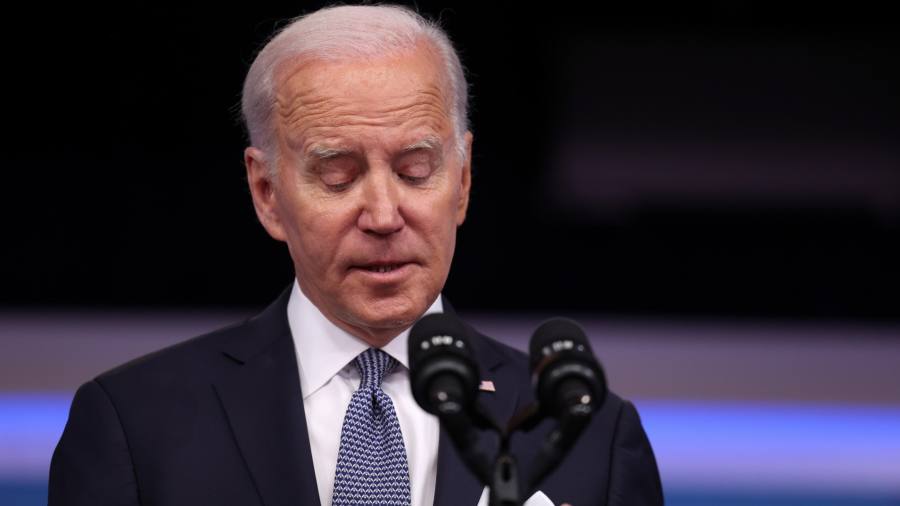 The US attorney-general has appointed a special counsel to investigate the potential mishandling of government documents that were found in president Joe Biden’s residential garage in Delaware and his former private office in Washington.

Merrick Garland on Thursday said the “extraordinary circumstances” surrounding the discovery of the documents meant he had to appoint a special counsel, Robert Hur, a Washington-based lawyer and former federal prosecutor, to the role.

Richard Sauber, a lawyer for Biden, said in a statement that the president had co-operated with the authorities reviewing the matter and would continue to do so. “We are confident that a thorough review will show that these documents were inadvertently misplaced, and the president and his lawyers acted promptly upon discovery of this mistake,” he said.

The discovery of the documents and questions over the speed at which the White House disclosed their existence represents a significant threat to Biden. The president and fellow Democrats have attacked his predecessor Donald Trump for mishandling sensitive government records at his Mar-a-Lago estate in south Florida, even though Trump’s trove was far bigger than Biden’s and the former president resisted handing over the documents for months.

Republicans quickly criticised Biden for his approach to the classified documents and complained of double standards in the way he was being treated compared to Trump. Biden had accused his rival last year of being “irresponsible” in his handling of the material at Mar-a-Lago.

Mike Pence, the former vice-president, said in a radio interview on Wednesday: “There’s an old saying in the Bible that what you sow, you reap. And I couldn’t help but think that headline yesterday was an example of the truth of that proverb.”

“Now we are finding in two different locations, classified information is out there in the open . . . and we are finding out now . . . that this was discovered before the election,” McCarthy said. “Another faux pas by the Biden administration of treating law differently based on your political beliefs.”

The announcement of a special counsel comes after the White House earlier on Thursday confirmed a second set of documents was found in the president’s home in Wilmington, Delaware, after completing a new search for sensitive records that needed to be returned to the National Archives.

Just two days earlier it was revealed that a first batch of classified documents had been retrieved by the president’s lawyers in early November from his private office at the Penn Biden Center for Diplomacy and Global Engagement, a Washington think-tank where he occasionally worked before his election to the White House. Garland said the office was “not authorised for storage of classified documents” and that the Department of Justice was told the files had been “secured in an archives facility”.

Sauber said earlier that after the discovery at the Penn Center, the president’s legal team searched his homes in Wilmington and Rehoboth Beach, Delaware, “where files from his vice-presidential office might have been shipped in the course of the 2017 transition”.

The lawyers “discovered among personal and political papers a small number of additional [Barack] Obama-Biden administration records with classified markings”, he added. Most of the documents were “found in a storage space in the president’s Wilmington residence garage”, Sauber said, while a one-page document was found in an adjacent room. No documents were found in Rehoboth Beach, according to the White House.

The documents in the garage were reported to authorities by the president’s legal team in December, while an additional file with classified markings was reported on Thursday morning, Garland said.

When asked by a reporter why he had classified documents next to his Corvette in his Wilmington garage, Biden said he would be speaking more about the discovery of the files “God willing, soon”, and quipped: “By the way, my Corvette’s in a locked garage . . . it’s not like they’re sitting out on the street.”

On Tuesday Biden had said he was “surprised” by the existence of classified documents at his private office and did not know what they contained.

Garland has appointed Jack Smith as a special counsel to investigate Trump over his handling of classified documents. Hur, a former US attorney for Maryland, said in a statement: “I will conduct the assigned investigation with fair, impartial, and dispassionate judgment. I intend to follow the facts swiftly and thoroughly, without fear or favour, and will honour the trust placed in me to perform this service.”