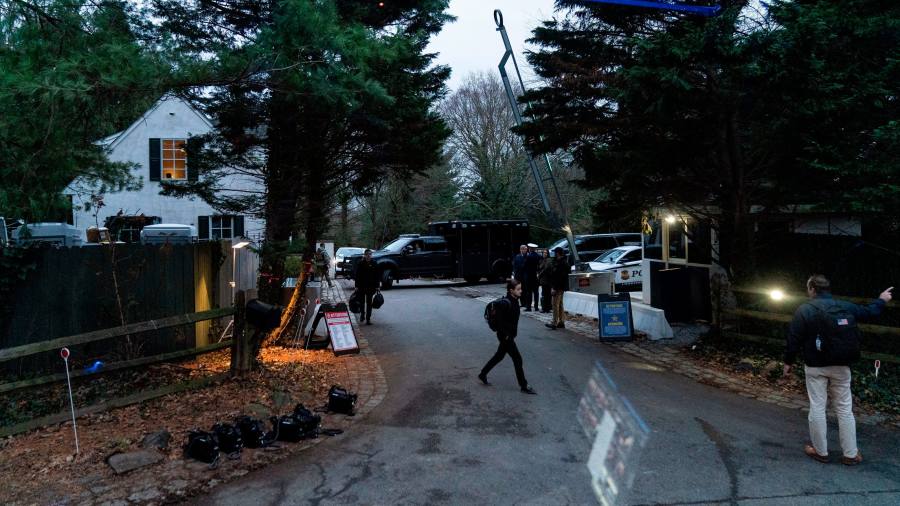 The White House said on Saturday it had discovered more sensitive documents at Joe Biden’s home in Wilmington, Delaware, piling political and legal pressure on to the US president.

In a statement, Richard Sauber, Biden’s special counsel, said he had found five pages of classified material in a room adjacent to the garage of the president’s Wilmington home, in addition to those disclosed earlier this week.

The fresh disclosure came after the White House on Monday said it had found classified government records at a private office Biden used in Washington. On Thursday it was revealed that a small batch of papers had also been found at his main residence in Delaware.

The emergence of new classified documents in Biden’s possession led Merrick Garland, the attorney-general, to on Thursday appoint a special counsel to investigate the president’s handling of the documents.

The discovery of the classified documents has called into question Biden’s competence and that of his staff in caring for sensitive government material during the presidential transition between the Obama administration and the Trump administration in 2017.

The classified material dates back to Biden’s days as vice-president between 2009 and 2017.

The president has also faced criticism for not publicly disclosing the discoveries sooner. The initial documents at Biden’s private office at the Penn Biden Center in Washington were discovered on November 2, a few days before the midterm elections. The second batch at his Wilmington home was found on December 20, and yet the White House only revealed the discoveries this week, after an initial report from CBS News.

On Saturday, Bob Bauer, Biden’s personal attorney, released a timeline of the findings and justified the delay in public disclosures by saying the president’s aides were trying “to balance the importance of public transparency where appropriate with the established norms and limitations necessary to protect the investigation’s integrity”.

Bauer said that the “identification of witnesses, or specific documents, or events, may complicate the ability of authorities conducting the review to obtain information readily, and in an uncompromised form”.

He added that “regular ongoing public disclosures also pose the risk that, as further information develops, answers provided on this periodic basis may be incomplete”.

The White House said it had always fully co-operated with the justice department and Biden’s aides informed them of their findings at every stage.

Biden has said he was surprised by the discovery of the classified documents and that he took sensitive material “very seriously”.

The discovery of classified documents in Biden’s hands comes as former president Donald Trump is facing a criminal probe into his own handling of classified papers from his time in the White House. The Trump case is significantly different, however, because he for months resisted handing over the material which was stored at his Mar-a-Lago estate in Palm Beach, Florida, leading to a raid by FBI agents on his home last August.

Garland has also appointed a special counsel to investigate Trump’s handling of classified material, as well as his role in the January 6 insurrection.