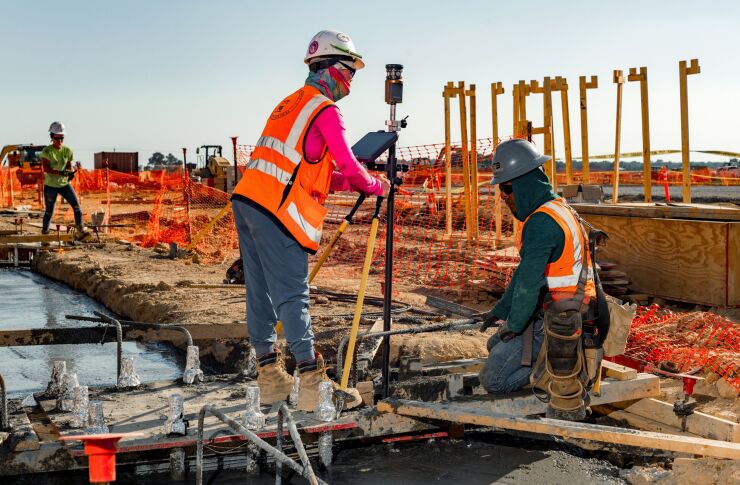 Spurred on by a bounty of state and federal incentives and support, electric vehicle makers are increasingly setting up shops in the Southeast.

Since 2020 EV makers invested $85 billion in developing U.S. production infrastructure, according to the Biden administration , and with $38 billion of that coming just in fiscal 2022, they have accelerated the pace.

The North American market is expected to be worth around $147.6 billion by 2028 and EV makers setting up long-term, large-scale productions and distribution networks nationally are increasingly attracted to the cheap land, anti-organized labor state governments, and developed roadways, port, and other transportation infrastructure of the Southeast.

State governments in the region have jockeyed over the last few years to attract manufacturers, offering and inking billions in economic incentive deals and tax breaks.

In Alabama, West Virginia, and Tennessee, automakers were welcomed by state and local officials as they set down roots and opened production facilities necessary to their national supply chains.

As the factories often require large tracts of land, many of the deals featured called for the rezoning and development of agricultural lands, in one case causing an outcry from environmental advocates, local politicians, and residents.

In Georgia, a group of residents from Morgan County have successfully delayed the construction of a 16-million-foot battery plant for electric truckmaker Rivian about 50 miles from downtown Atlanta. The economic incentive package to land the deal authorizes up to $15 billion in revenue bonds in a deal structure designed to exempt the planned factory from property taxes.

Residents led by JoEllen Artz and assisted by legal counsel opposed validations of the bonds for the project, the rezoning regulations allowing Rivian to develop farmland, and the lease structure of the deal in which Rivian pays no property taxes.

Right now, Artz’s challenge to the bond validation is in Georgia Supreme Court and her group is putting together further legal action to freeze work.

The company was recently cleared for a wetlands works permit by the Army Corps of Engineers, allowing it to perform a full spectrum of work on the property. Artz said they’ve already cleared thousands of trees and have begun doing work to redirect a creek, despite no ruling in the bond validation case yet.

“He’s made one of his number one goals to change the way people live in Georgia, and it’s none of his business where people live,” Artz said.

The area near the proposed Rivian factory is already home to a large data center and what owner Takeda calls the largest biotech manufacturing facility in Georgia and one of the largest in the world.

Along with state economic deals in the southeast, automakers have benefited from state-backed incentive programs in other parts of the country to encourage EV demand.

17 states have adopted legislation similar to California’s Advanced Clean Cars II regulations, which set an aggressive roadmap to net zero by phasing out gas-only cars entirely by 2035, according to the California Air Resources Board.

The rules require automakers to make a growing percentage of their sales from electric vehicles year after year, offering a tradable credit when they do.

A greater number of credits are offered for longer-range vehicles, and like the federal carbon cap-and-trade program that helped limit factory emissions, companies with more EV-sale credits than required can sell them to those that don’t.

California Gov. Gavin Newsom’s office said it will achieve a “more than a 35 percent reduction in greenhouse gas emissions and an 80 percent improvement in oxides of nitrogen emissions from cars statewide” and has already helped make California the top maker of EVs in the nation, all flowing from the Tesla factory in Fremont in the San Francisco Bay Area, which was essentially gifted to Tesla in a deal then-Gov. Arnold Schwarzenegger helped broker after Toyota had shuttered the factory.

Several federal programs are also boosting the industry, including tax-credit incentives and programs meant to build out charging stations infrastructure, that’s helped triple the number of EVs sold in the nation since 2020.

The federal government has also committed to securing supply chains for automakers and launched several initiatives seeking to boost domestic mining of lithium, a necessary component for the production of EV batteries.

The most recent was the announcement last week of $700 million to develop the Rhyolite Ridge Lithium-Boron mine in Esmeralda County, Nevada, that would produce enough lithium for 370,000 EVs annually.

If successful would be the second operational lithium mine in the U.S. Right now, the country mines just 2% of the globe’s supply and imports a majority from China, Chile, and Argentina.