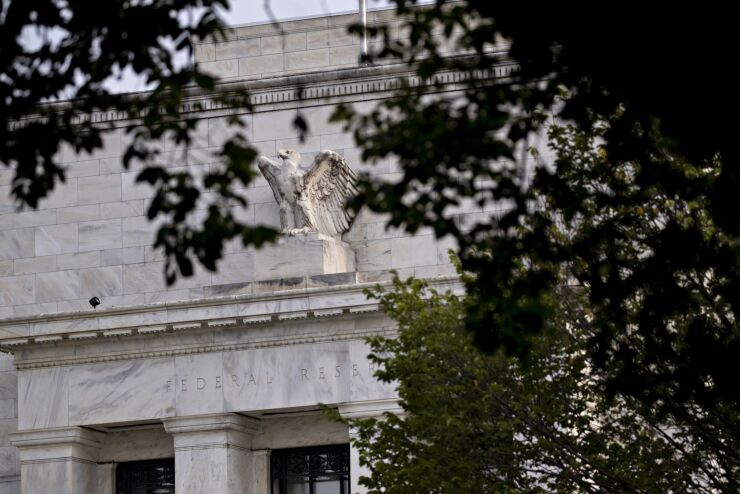 Growth in U.S. prices is expected to ease in the year ahead, contacts surveyed in the Federal Reserve’s latest Beige Book said.

“Selling prices increased at a modest or moderate pace in most districts, though many said that the pace of increases had slowed from that of recent reporting periods,” the Fed said Wednesday in the report, published two weeks before each meeting of the policy-setting Federal Open Market Committee. “On balance, contacts across districts said they expected future price growth to moderate further in the year ahead.”

The report was based on anecdotal information collected by the Fed’s 12 regional banks through Jan. 9 and compiled by the Cleveland Fed.

Fed officials are mulling a further moderation in the pace of rate hikes following a slowing in U.S. inflation. The central bank has been raising interest rates aggressively to try to cool demand and bring down an inflation rate that has remained near a 40-year high.

Fed officials lifted rates by a half-point last month to a target range of 4.25% to 4.5%, slowing the pace of rate increases after four straight 75 basis-point moves. Officials see interest rates rising above 5% this year and staying there until 2024, according to projections released by policymakers last month.

Consumer prices rose 6.5% in the 12 months through December, marking the weakest inflation rate in more than a year, Labor Department data showed.

The survey showed that employment continued to grow at a modest-to-moderate pace in most districts.

“Many firms hesitated to lay off employees even as demand for their goods and services slowed and planned to reduce headcount through attrition if needed,” the survey stated. “With persistently tight labor markets, wage pressures remained elevated across districts, though five Reserve Banks reported that these pressures had eased somewhat.”

Recent economic data are giving mixed reports on the U.S. economy in the fourth quarter. Retail sales fell in December by the most in a year, suggesting consumers are losing some of the resilience, Commerce Department data showed Wednesday.

Yet U.S. payrolls rose more than expected with a gain of 223,000 in December, while the unemployment rate dropped to 3.5%. And gross domestic product may be tracking about 3.5%, according to the Atlanta Fed’s tracker.

“On balance, contacts generally expected little growth in the months ahead,” according to the Beige Book, which noted that overall activity was relatively unchanged since the prior report.

The New York district reported a decline in economic activity, with the drop being “especially sharp” in manufacturing, the report showed.

Fed officials have remained unified in their calls for additional rate hikes to fight inflation, even as recent data have shown progress.

St. Louis Fed President James Bullard said Wednesday the central bank will want to keep rates higher for longer as insurance against a lingering inflation similar to the 1970s.