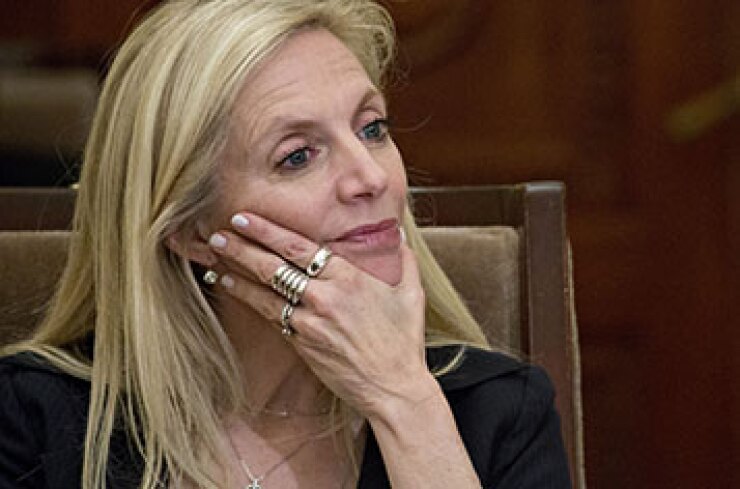 Federal Reserve Vice Chair Lael Brainard sees economic conditions moving in the right direction and sees room for a so-called “soft landing” for the economy after a year of record-high inflation.

Speaking at an event at the University of Chicago’s Booth School of Business on Thursday afternoon, Brainard, the second-ranking member of the Federal Reserve Board of Governors, said inflation has largely subsided in most spending categories aside from housing costs and non-housing services. She also noted that a cooling labor market has led to slower wage growth, but the overall employment picture remains strong.

“It’s possible that a continued moderation in output could facilitate continued easing of the labor market and reduction in inflation without a significant loss of employment,” Brainard said.

In her prepared remarks, Brainard dispelled concerns that rising wages in recent years, particularly those in traditionally low-income occupations, have been a driving force behind the runaway inflation seen in the U.S. during the past year and a half.

Overall, wages have not kept pace with broader inflation, Brainard said, adding that the overall share of income that has been paid to labor has fallen during the past two years, putting it at or below pre-pandemic levels. Meanwhile, she said, corporate profits as a share of the U.S. gross domestic product are near their post-World War II highs.

She went on to say that instead of a wage-price spiral — a phenomenon in which rising wages drive rising prices in a self-perpetuating cycle — the U.S. has actually seen a “price-price spiral,” in which the cost of goods and services are being marked up at rates exceeding their rising input costs.

Brainard’s assessment of economic conditions echoes the arguments of liberal Congress members, including Sens. Elizabeth Warren, D-Mass. and Sherrod Brown, D-Ohio, who have argued that price gouging has played a substantial role in the 40-year-high inflation seen in recent years.

“The compression of those margins as supply constraints ease, inventories rise and demand cools could actually help with a disinflationary process,” she said.

During the question and answer portion of the event, Brainard noted that last year, the Federal Open Market Committee was focused on the price stability side of the Fed’s dual mandate and that it raced to make monetary policy restrictive so that price expectations would not become unanchored. Now that it has done that, she said, the Fed will start giving greater weight to the other side of its dual mandate, which is full employment.

“All of the work that we do is an exercise in risk management and when we were moving very rapidly to restrictive territory, to a territory where monetary policy was actually going to be restraining activity and inflation, then it was really important for us to demonstrate that resolve and to make sure that people understood that 2% inflation is still the right anchor,” she said. “We’re in a somewhat different position today, because we’re now in restrictive territory and we are probing for the sufficiently restrictive level. As we get further into restrictive territory those risks around our dual mandate become more two-sided and so now we’re in an environment where we’re analyzing risks on both sides.”

Brainard declined to comment on how the FOMC might adjust the federal funds rate during its next meeting on Feb. 1.

Among the key factors that the Fed will be watching as it seeks to determine the proper level of restrictiveness is the housing market, Brainard said. In her speech, she noted that the cost of housing services has increased 8.8% over the past three months, higher than the 7.7% increase seen during the past 12 months.

Brainard said that housing is among the most interest rate sensitive parts of the economy, but noted that when and how those effects manifest can vary. Mortgage rates, for example, rise promptly when interest rates increase, which leads to lower sales volumes and eventually changes in home pricing. The rental market, meanwhile, is seeing lower new rents now, but higher renewals are still pushing overall pricing higher.

Then, there is the cumulative impact on current homeowners. When home prices fall as a result of less demand, that drains the wealth of many middle class Americans. Brainard said the Fed is aware of all these variables and approaching policy changes accordingly.

“Housing is just an essential part, both for the services that it provides, shelter is one of the fundamental services for wealth building, particularly for middle class families, but also as the single greatest expense in monthly budgets and household budgets,” she said. “So, you’re really balancing those things out when you think about tightening rates.”

During the event, Brainard was asked about another way in which the Fed has influenced the housing market in recent years: its purchase of mortgage-backed securities as part of its quantitative easing efforts.

Brianard said the purchasing of assets enabled the Fed to continue loosening monetary policy after interest rates were pushed to their lower bound. Now that the Fed is reversing course and shrinking its balance sheet by no longer buying assets, she said there is an additional level of tightening, but she said the exact impact on financial markets is unclear because the mechanism has only been used by the central bank twice.

“There’s some notion that … you might have gotten that benefit right up-front, others think that is an ongoing benefit,” she said. “But do we have a weight certainty around exactly the point estimate? No. There just haven’t been enough episodes [of quantitative easing] yet.”

Along with its own policy adjustments, Brainard said the Fed also will be watching and participating in adjustments to the Treasury market.

While the market has held up well for the most part in recent years, Brainard said a few periods of stress — like the so-called dash for cash at the beginning of the COVID-19 pandemic — have exposed weakness in the regulation of Treasury securities that should be addressed. Brainard said the Fed is involved in this process alongside the Treasury Department and market regulatory agencies.

“We’re looking at things like more central clearing, thinking about dealer capacity, thinking about [exchange-traded funds], all of those things, I think, are important for understanding how to make that market less fragile at moments of stress,” she said.