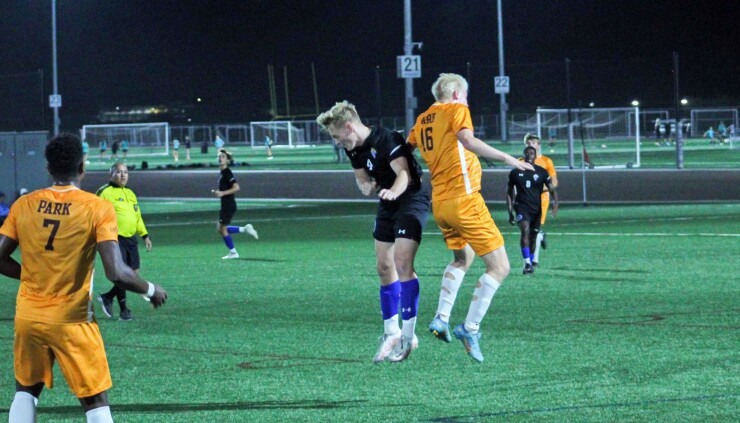 The nonprofit developer of a massive participant sports venue in Arizona missed its January bond payment — by a mile.

Legacy Cares, which built the Bell Bank Park venue in Mesa, was due to make a $10.3 million interest payment Jan. 1, but only had $2.68 million in the bond fund, according to a disclosure document bond trustee UMB Bank, N.A. posted on the Municipal Securities Rulemaking Board’s EMMA website.

The trustee did not disclose the payment default until late Thursday.

All that was left in the bond fund was remaining bond proceeds previously held in the capitalized interest fund, the notice said.

In 2022, the trustee had declared events of default because Legacy Cares failed to make scheduled monthly payments toward the revenue fund that supports debt service on the venue, built to host for youth and amateur competitions in sports, like soccer, basketball, volleyball and pickleball.

“The trustee is not in a position to give any assurances as to whether or not the borrower will generate sufficient available pledged revenues to make debt service due on the bonds in the future,” the notice said.

In addition to the bond default, the project is also the subject of mechanic’s liens filed by contractors who say they weren’t paid for their work building the facility. According to a legal order attached to a Nov. 29 EMMA filing by the bond trustee, mechanic’s lien plaintiffs, who have sued in state court, agreed to stay proceedings to give Legacy Cares time to line up a new bond issue underwritten by Loop Capital that would provide enough money to settle claims from the contractors and others.

The mechanic’s lien litigation was stayed until Jan. 31, according to the disclosure filing, with a status conference set for Feb. 16.

There is a $22.96 million debt service reserve fund, the trustee said in this week’s notice.

“The trustee, acting on the advice of its legal counsel, has determined that it is in the best interest of the registered owners of the bonds to forbear from disbursing funds from the Debt Service Reserve Fund to pay debt service on the bonds in anticipation of the need to make advances from such funds to protect, preserve and realize upon the trustee’s security interest in the trust estate on behalf of the registered owners,” the disclosure said.

The trustee reported that a group of registered owners holding in excess of a majority in aggregate principal amount of the bonds are providing strategic direction.

The trustee previously reported retaining attorney Bryant Barber, a Lewis Roca partner, who did not immediately return a request for comment Friday. Neither did Loop Capital; Tim Stratton, who is to be bond counsel on the refinancing; or Legacy Cares.