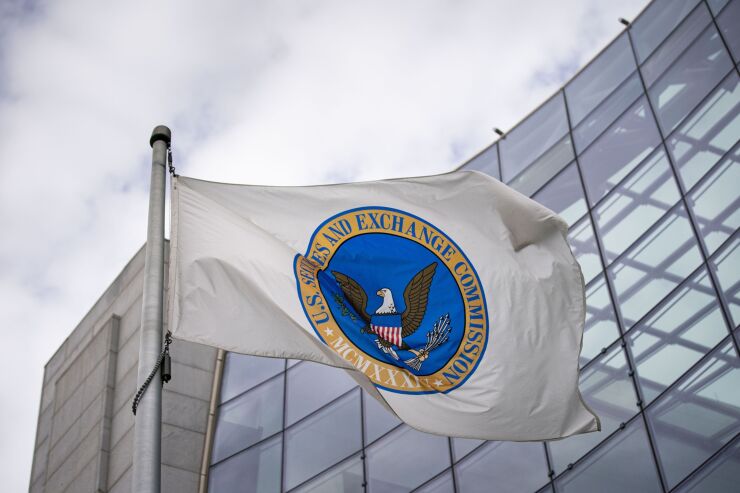 Bloomberg Finance LP will pay $5 million to settle charges from the Securities and Exchange Commission that the firm’s pricing service misled investors about its fixed-income bond valuations, the regulator announced Monday.

Bloomberg agreed to the cease-and-desist order without admitting or denying the findings, which cover several fixed-income asset classes, including municipal bonds, but do not point to any specific securities.

From 2016 to October 2022, BVAL failed to tell investors that a small number of “thinly-traded fixed income securities” were valued based on a single data point, such as a broker’s quote, the SEC said.

BVAL has marketed its pricing services as being based on “sophisticated, proprietary, algorithmic methodologies” backed by hundreds of market experts, but in fact the valuations were sometimes based on just the single quote, according to the regulator.

“Bloomberg has assumed a critical role as a pricing service to participants in the fixed-income markets and it is incumbent on Bloomberg, as well as on other pricing services, to provide accurate information to their customers about their valuation processes,” said Osman Nawaz, the SEC’s chief of the Division of Enforcement’s Complex Financial Instruments Unit, in a statement. “This matter underscores that we will hold service providers, such as Bloomberg, accountable for misrepresentations that impact investors.”

BVAL is one of a handful of independent pricing services in the muni market that offer daily pricing services which are built on various algorithms and systems used to value bonds, many of which are not traded frequently. Others services include ICE Data Services, MarketAxess, BondWave and AxeTrading.

In addition to providing information for the sales and trades of muni bonds for retail and institutional investors, pricing services provide crucial daily valuation services for mutual funds, broker dealers and other institutions that are required to provide daily portfolio valuations, which help determine the prices at which fund shares are offered.

Transparency around pricing and valuation is notoriously difficult in the relatively illiquid muni market and has become increasingly important for market participants.

“The role of pricing municipal bonds is extremely challenging due to the low percentage of bonds that regularly trade,” said Dan Solender, Lord Abbett’s Partner & Director of Tax Free Fixed Income. “It is important to have a consistent, transparent methodology so that investors can be comfortable with the evaluations. Sometimes there are deviations due to market movements, and the most important thing to do in these situations is to make everyone aware of adjusted methodologies. Overall, the evaluations of municipal bonds are done well, but there can definitely be situations where more complete transparency will enhance investors’ understanding of how they were derived.”

The SEC said there’s no evidence that BVAL’s prices were wrong, only that the valuations were not “derived in accordance with disclosed methodologies and for which market participants may have contemporaneously transacted at that exact BVAL valuation.”

Bloomberg has hired an outside firm to review and improve its BVAL business, the SEC said.

The regulator settled similar charges with ICE in 2020 that in part accused the firm of providing evaluations based on a single broker quote.

The BDA in 2021 established a new division to represent the interests of firms engaged in the pricing and valuation of fixed-income securities.

“It’s a really important segment of the market,” Decker said of bond pricing services. “Some bonds can go months or years without any trades at all, but they still have to be valued every day.”