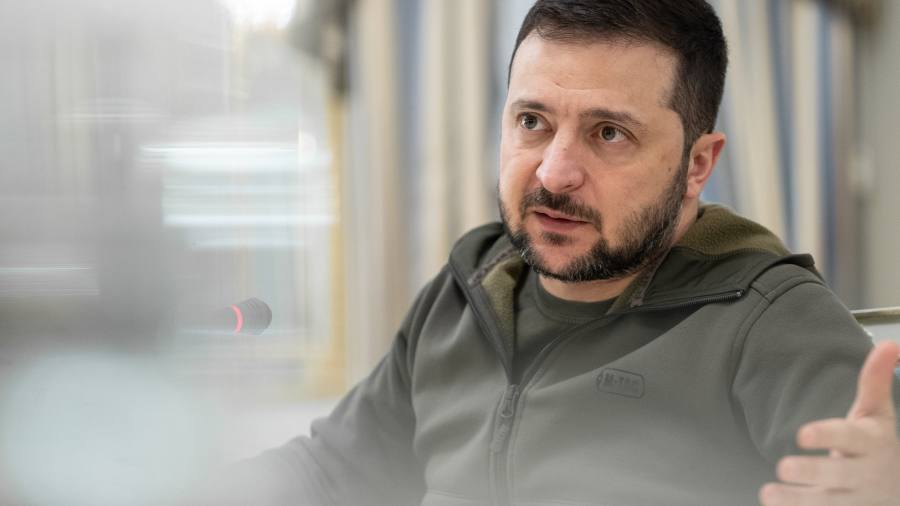 Several senior Ukrainian officials have resigned after President Volodymyr Zelenskyy swiftly sought to defuse concerns over corruption at a time when he is requesting more western weaponry to repel Russian forces.

“We have made personnel decisions . . . regarding officials of various levels in ministries and other central government bodies, in the regions, and in the law enforcement system,” Zelenskyy said in his overnight address to the nation. More departures are expected amid a broader reshuffling of key roles in the next few days.

Ukraine has made progress in curbing the influence of oligarchs and in setting up anti-graft institutions under the guidance of its western backers but corruption persists. In Transparency International’s most recent corruption perception index, where the country in first place is seen as the least corrupt, Ukraine was ranked 122nd out of 180 states.

On Tuesday, Zelenskyy accepted the resignation of Kyrylo Tymoshenko, a deputy head of his administration, who had been criticised in local media for using a luxury car registered to an acquaintance as well as a sport utility vehicle donated for humanitarian needs.

Defence minister Oleksiy Reznikov accepted the resignation of his deputy Vyacheslav Shapovalov after reports pointed to probes into alleged food procurements for the armed forces at inflated prices.

The defence ministry said it hoped the resignation of Shapovalov, who oversaw the procurements, “will preserve the trust of society and international partners and ensure objectivity during additional clarifications and possible investigations”.

The statement said Shapovalov’s resignation was “an honourable act, a demonstration that the interests of defence are higher than any cabinets or chairs”, though it added the “voiced accusations are unfounded and baseless”.

Five regional governors were also relieved of their duties, according to officials. Oleksiy Kuleba, who is to step down as head of Kyiv region, is expected to replace Tymoshenko as deputy head of Zelenskyy’s administration. The other governors to be replaced represented Sumy, Dnipropetrovsk, Kherson and Zaporizhzhia.

In a bid to prevent potential misuse of state and military funds, Zelenskyy said he had signed decrees preventing senior officials from travelling abroad unless for approved trips at a time when all men of working age are prevented from leaving Ukraine since Russia launched its full-scale invasion 11 months ago.

“If they want to rest now, they will rest outside public service. Officials will no longer be able to travel abroad for vacation or for any other non-governmental purpose,” Zelenskyy added.

Last weekend, Ukraine’s NABU anti-corruption bureau arrested Vasyl Lozynsky, a deputy regional development minister, on allegations of corruption in the procurement of diesel generators crucial for the provision of back-up power following months of Russian missile strikes on infrastructure. Khalimon and Lozynsky could not be reached for comment.

NABU and prosecutors also charged Andriy Kobolyev, former chief executive of Naftogaz, with corruption relating to his tenure as head of the state gas company. He denies the charges.

The flurry of resignations and charges follows weeks of reports uncovering alleged graft by officials during a war that has taken a heavy toll on the country’s soldiers and citizens.

In an open letter to Zelenskyy published on the Ukrainska Pravda website on Monday, investigative journalist Mykhailo Tkach urged the president to act swiftly.

“We need to see [a principled stance] now. Not tomorrow. Not in a month. Not after the victory [against Russia],” he wrote. “You can lead this war against the enemy within.”

Tymofiy Mylovanov, president of the Kyiv School of Economics and an adviser in Zelenskyy’s administration, told the Financial Times that “it’s a good sign that the system responded to public pressure . . . It’s also a sign that democracy here works.”